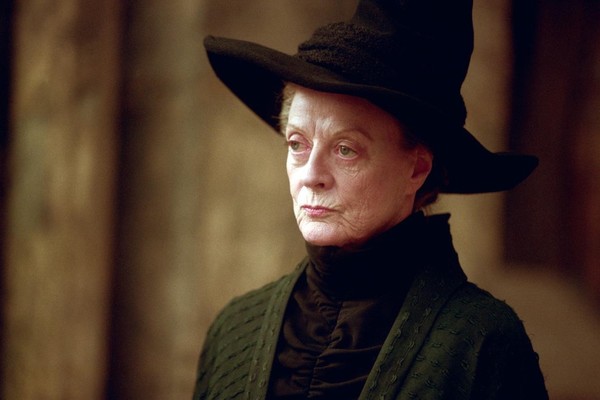 Talking about star casts, Maggie Smith is one of the finest and most well known British actresses known worldwide. Her career has spanned almost 70 years and has starred in some fantastic pieces of cinema. Her portrayal as the matriarchal Professor McGonagall is some of her finest work. McGonagall acts as a mother figure to the pupils at Hogwarts, she cares for the children but is one not to be messed with. She can be caring and feared all in the same scene The strong and complex role of McGonagall is craftily performed by Maggie Smith. I could not imagine anyone that could of fit the role more perfectly. There is also some weight to the story that JK Rowling always had Maggie Smith in mind when she was writing the character.

Smith’s portrayal is also one of the most comedic roles in the franchise. Her wit, charm and sarcasm is wonderful to behold. The way Maggie Smith keeps the intensity and strictness of a Hogwarts teachers but still instills a sense of charm and care is brilliant. She makes McGonagall such a warm character that has proven to be popular with most fans. McGonagall could of easily faded in the background with the huge ensemble cast of Harry Potter but Maggie Smith’s warm aura and presence makes her portrayal of Professor McGonagall a match made in heaven.

One of the biggest risks of this franchise was casting the main three actors for Ron, Harry and Hermione. The choices they made had to foretell whether these three child actors could carry a hugely popular franchise over the next ten years. Casting Daniel Radcliffe and Rupert Grint as Harry and Ron was fantastic casting but none could better than the casting of Emma Watson as Hermione Granger. Her performance as the mildly annoying but intelligent member of the main trio was played to perfection. Hermione is a know it all and is not shy to remind you of that fact. I think what is key to the casting of these three actors is that the similarities between actor and character crossover. Emma Watson portrayal as Hermione almost seems like she is just playing herself.

Emma Watson also has some of the best lines in the franchise such as ‘We could of been killed or worse, expelled.’ Even though there is a sense of arrogance with the character, Hermione is one of my favourite characters in the franchise due to her logic, intelligence and clever wit. She always seemed the most leveled headed at a time when the world was full of dragons, dark wizards and dementors. Watson brings a sense of realness to the character. What is also satisfying is that she is so clean cut in the early films that when she goes badass, it’s very effective. Seeing Hermione punch Draco Malfoy is one of those moments when you just cheer loudly for Hermione. Emma Watson brings a lot to her character and will forever be ingrained with Hermione Granger. 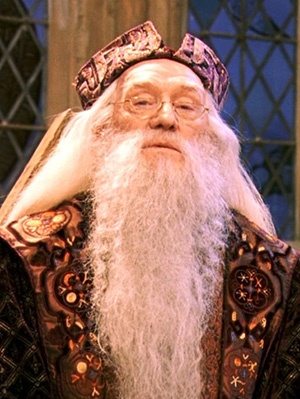 Richard Harris was not too fond of being Dumbledore, he was only persuaded by an ultimatum from his granddaughter. If he did not take that part she promised not to speak to him again. Harris was also afraid that he would only be remembered for this role. If he had so much resentment for this role then why did he play Albus Dumbledore so perfectly? His performance was one of the few moments that mirrored my experience of reading the book. In my head, Dumbledore was a soft spoken, calm and caring old man that would never raise his voice. Harris fills this role with a beautiful intricacy. Harris plays Dumbledore so perfectly that I can’t imagine anyone else as the headmaster. Michael Gambon does a great job at taking over as Dumbledore as Harris sadly passed away after the second film, however, they were too big shoes to fill. Harris’ charm and soft frailty is exactly what I imagined from reading the books.

It would of been amazing to see how the franchise would of turned out if Harris was able to complete the next 6 films. When Gambon came in, the style of Harry Potter was much darker and I’m struggling to imagine that darker style complimenting Harris’ portrayal of Dumbledore.  Richard Harris as Dumbledore was brilliantly funny and bought a lot of weight to the character. His presence was infectious and stole every scene he was in. Whenever I watch the first two films I am instilled with a sadness that here is an actor that may of not liked the role but gave one of the greatest performances that translated from book to film I have seen. We are always going to ask of what could’ve been but at least we got two films where Dumbledore was by far the greatest character in both. There is an incredible warmth to the character of Dumbledore and a lot of credit can be given to Richard Harris for this. 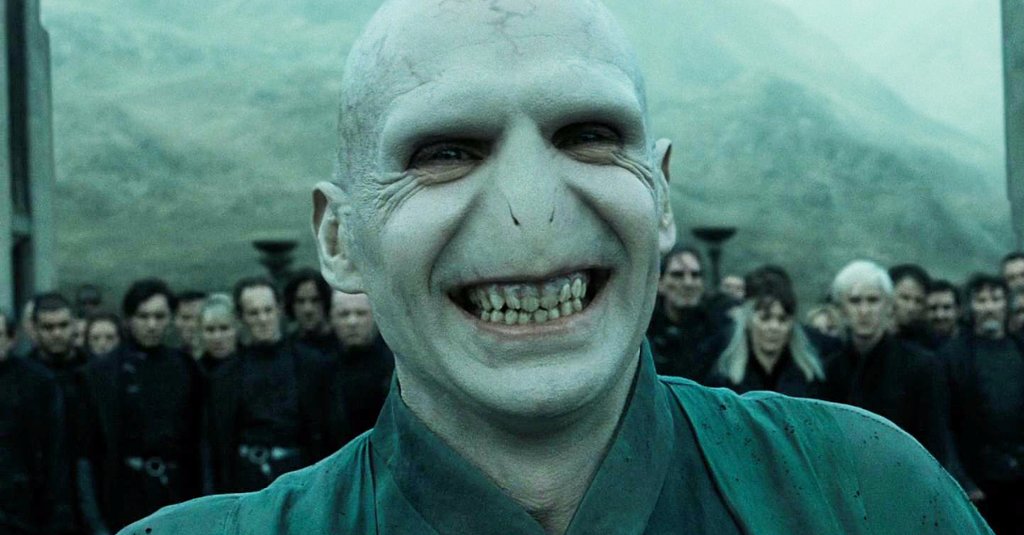 Voldemort is the personification of evil, the true lord of darkness. He is the boogeyman for every witch and wizard, to the point that people feared to mutter his name. Voldemort was portrayed in The Philosopher’s Stone by Ian Hart and did a good job but the true image, demeanor and menace was pioneered by Ralph Fiennes. When Lord Voldemort is reborn in The Goblet of Fire, Ralph Fiennes has an alluring presence and demands attention. Voldemort prances across from place to place with such menace and evil, it is almost like a ballet. Ralph Fiennes moves like Voldemort is floating like a unstoppable monster of death.

I looked back at films that terrified me as a child and the child catcher from Chitty Chitty Bang Bang was terrifying. One could attribute that to how Robert Helpmann portrayed the child catcher. He was an australian dancer and his movement was exaggerated and filled the screen.  This created a strong screen presence. Ralph Fiennes employs a similar tactic. His movements are so exaggerated and his tone of voice and laugh is sinister. Every time Voldemort is on screen, he is the centre of attention, he is the pinnacle of evil and Ralph Fiennes puts so much into the role one could even argue it is his best performance in his catalogue of wonderful characters.

Talking about a strong screen presence and stealing scenes, there is no question that Alan Rickman’s portrayal of Professor Snape is the stand out character and performance within the Harry Potter franchise. Snape is a strong character throughout who balances on the edge of good and evil. He is the character that has the most depth and conflict. Rickman’s ability to detail is inspiring. He portrays such a hard shell but beneath that hard shell is a kindle of frailty that only in future installments the viewer learns the reason behind this. Alan Rickman slowly enunciating his speech empowers his presence onscreen. As a child watching these films I was more scared of Snape than Voldemort. Where Voldemort was fast, exaggerated and loud, Rickman employed a slow, quiet and muted performance that was more effective as a domineering character.

Alan Rickman was perfect casting because when I first read Harry Potter, Rickman was immediately placed as Snape in my imagination. For some reason the guy from Die Hard and Robin Hood had a similar villainous presence as Professor Snape. This is Alan Rickman’s best performance, it is a huge shame that he has passed away far too early. He is an actor that has triumphed above many ensemble casts. He is one of the finest British actors that always steals the show. Look at Robin Hood, Die Hard and Love Actually as examples of this. Snape is the standout character in the franchise and one can attribute this to Rickman’s performances. He has so much power and control of every scene he is in. This brings the conclusion of his character to one of the emotional scenes within the story of Harry Potter. Rickman took care of his character and was very passionate of Snape. Even in one of the best ensemble casts in the history of fantasy cinema featuring some of the greatest British actors, Alan Rickman’s performance of Professor Snape is by far the best.