It is almost at the end of the year and it is time for everyone’s top 10 lists of what their favourite films are this year. Just to clarify the rules of this list. These are my favourite films I have watched that were released in the UK in 2017. Some of these films were released in the US last year but as I reside in the Queen’s country of tea and crumpets I could only watch them in the UK.

I caught this film after all the hype had died down and I finally got round to watching it on Netflix and I hugely regret not watching this in the cinemas. It is a wonderfully directed musical that portrays the sacrifice and pitfalls that you would have to endure to achieve your dreams. A love letter to the 1950’s musicals and jazz, the wonderfully magical set pieces and catchy songs gives a refreshing take on the romance between two people. Ryan Gosling and Emma Stone are some of my favourite actors at the moment and they shine here. The film is visually stunning and a fun film to watch. It may of not won the best picture Oscar (Well it had it for a couple of minutes) However this is a extraordinary, fun and all round fantastic film . I love to see a good modern musical because when they are done right, damn they are so good. Also I loved the ending.

The French-Belgian film that made people faint and throw up! It wasn’t that bad. About a veterinarian student who is vegan and tastes meat for the first time and starts to crave human flesh. Raw is a refreshing horror which has a mixture of European visuals and American gore porn. Raw becomes a metaphor for coming of age and finding one’s identity in social circles. There is too much focus on the gory scenes, as at its heart Raw is a visually striking and gentle masterpiece and shows what you can do with Horror. For people who are unsure about foreign films, this will be in my list of what to recommend to people who wants to watch more foreign films. 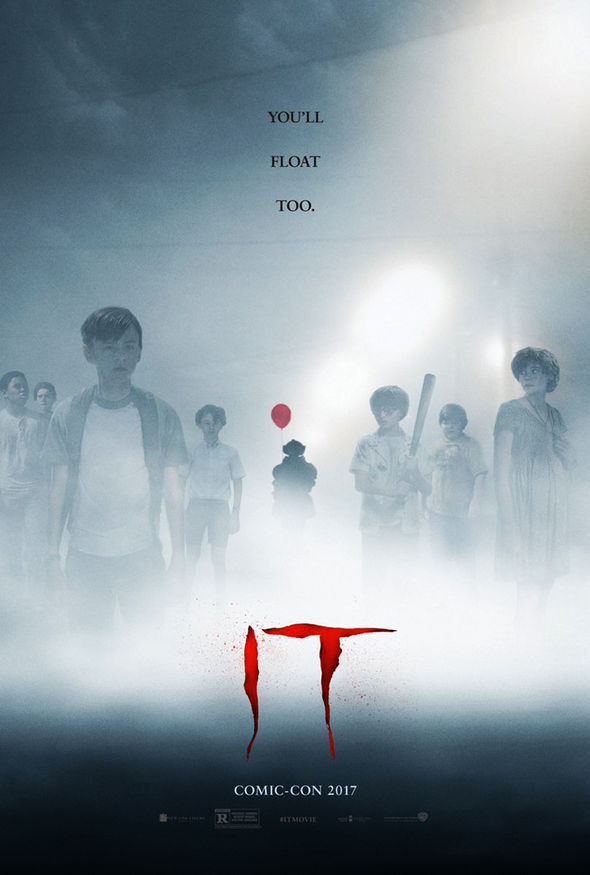 2017 is the year for horror. IT was a huge surprise for me. I was expecting a standard horror film and an imitation of the original TV movie. What we did get was a fantastic portrayal of Pennywise the Clown, an amazing young cast full of witty dialogue and a terrifying film that translates the book very well. This film did amazing at the box office and shows that a horror that is R-rated can perform very well. Scary, funny and well written, IT leaves the viewers hungry for the sequel which will be coming soon.

7. War Of The Planet Of The Apes The third installment in the Apes rebooted trilogy, this is not the film with the most action of grand set pieces. However, the amount of emotion that is implanted in this film is astounding. The film is full of digital characters but the true horrors of war was perfectly translated through the treatment of the apes. Caesar’s journey to find a ape utopia is not a happy one. This is not a fun film to watch with the family. It is a very cathartic experience. This film is high on my list because of the impressive CGI of the apes. I swear there is no CGI here. They trained all these apes and trained them to talk because nothing else can explain how realistic all the characters look. This is a fitting conclusion to a trilogy which has outperformed expectations. I cried so many times through this film and any film that can do that, needs to be applauded.

X-Men was growing stale as a franchise and an overexposure of Wolverine meant that any new film starring Wolverine would be a struggle. How do you solve this problem? Take all the glitz and glamour and happiness from a standard X-Men film and make it R-rated. The risk paid off because there is nothing like this in the superhero bubble. Wolverine here is old and dying. Professor X’s mind is dangerous because he cannot control it because of his age. I previously mentioned that War For The Planet of the Apes was sad, Logan is ten times as heart wrenching. It was horrible to see your favourite superheroes who you have been watching for 16 years be at the end of their lives. It was refreshingly brutal and it did not hold back. Logan shows the potential success of R-rated superhero films and if they are as good as Logan then please make more.

Every time Christopher Nolan releases a film, it is an event. His films are made to watch in the cinema. Dunkirk follows this trend. Dunkirk is a masterclass in how the visuals, the soundtrack and how time is use perfectly in film. The brooding weight of the Hans Zimmer soundtrack, along with the vast and magnificent visuals of Dunkirk is a match made in heaven. Nolan’s fascination with time creates a complex tinkering with the audiences temporal expectations. The film has a constant pace that reminds the audience that the clock is ticking. This is a very tense film that for a British native is full of nostalgic patriotism. Fantastic cinematography, an emotion laden soundtrack and tense action packed set pieces. Nolan scores again with the masterpiece that is Dunkirk.

Blade Runner 2049 triumphs visually and aurally. I can easily say that this is the most beautiful film I have seen, not just this year, but in the past decade.  The vibrant and dystopian sets of his film is like going to an art gallery. This is one of the closest example of how film could be considered a work of art. This is not fast paced like other big budget Sci-fi films and it shouldn’t be. Blade Runner 2049 is a story of finding oneself within the world. A discovery of your own purpose. This had the stigma of the cult classic original but it outperformed. Ryan Gosling has had a fantastic year and he shines here. Again with a fantastic score by Hans Zimmer (He has to win an Oscar this year surely) This is a great example of why I love film. I sat in the cinema and I just had the cheesiest grin on my face with my eyes widened just from how good and visually great this film is.

Edgar Wright returns with his dream project which has taken him years to finally get it made. You can see the amount of time and effort that has been poured into this film. Baby Driver has a constant fast paced rhythm that is connected by the songs specifically chosen by Wright himself. The soundtrack is the center of this film but that does not mean visually it is compromised. The car chase scenes are some of the best directed car chase scenes ever put on film. They are choreographed like a dance, you know where the cars are and where they are going. It was just nice to see a film that wasn’t the Fast and Furious style of fast cutting and messy direction. From beginning to end Baby Driver fulfills a rhythm that could only be matched by a musical. A nod to heist films of the 60’s Baby Driver is a fast paced, fun film that never puts the brakes on, so when you do watch it, make sure to put your seat belt on.

Best Picture Winner of this year and rightfully so. Released in 2017 in the UK and I was surprised how good this was. A coming of age film of how a black male struggles with toxic masculinity and poverty in Miami. A struggle to find one’s identity and sexuality, Moonlight is a harrowing look into the poverty ridden suburbs of Miami. Documenting three stages of Chiron’s life. A mother that has drug problems, questions of his own sexuality and the absent father figure creates a huge struggle for the central character. This is a raw look into his life, from start to finish. it is well directed, written and is gentility sublime. All three actors who play the central character is fantastic, they were so good I was sure it was filmed like Boyhood a few years earlier by using the same person but they didn’t. Moonlight is a very emotional but not just sad, there are some heart-warming moments throughout. It is very rare to tackle these problems within a black neighbourhood and Moonlight is an amazing example of how to do it right.

Some horror made by some comedian is my favourite film this year? Yes I wouldn’t of thought so 12 months ago. However Get Out is one of the most refreshing films released post millennium. This shows that horror as a genre can be full of social satire. An attack on the entrenched racism in American society, Get Out is a fantastic social criticism but also a terrifying horror film. A film that is full of twists and turns the film keeps you on the edge of your seat. Horror is my favourite genre and I am overjoyed to finally see the genre be allowed to get away from the shackles of genre conventions. This is an important film just from the timing of Trump being president and constant news of black people being shot by authority figures. Get Out shows that film is important, it is not just some silly form of entertainment. It can be art, it can elicit extreme emotion, it can criticize and comment on social injustices. Film can be a form of enjoyment but to simplify it to that is just plain wrong. Get Out is the perfect example of being a great source of enjoyment but also art and that comment on social injustice. An amazing debut by Jordan Peele and I cannot wait for his sophomore effort.

What is your favourite film this year?