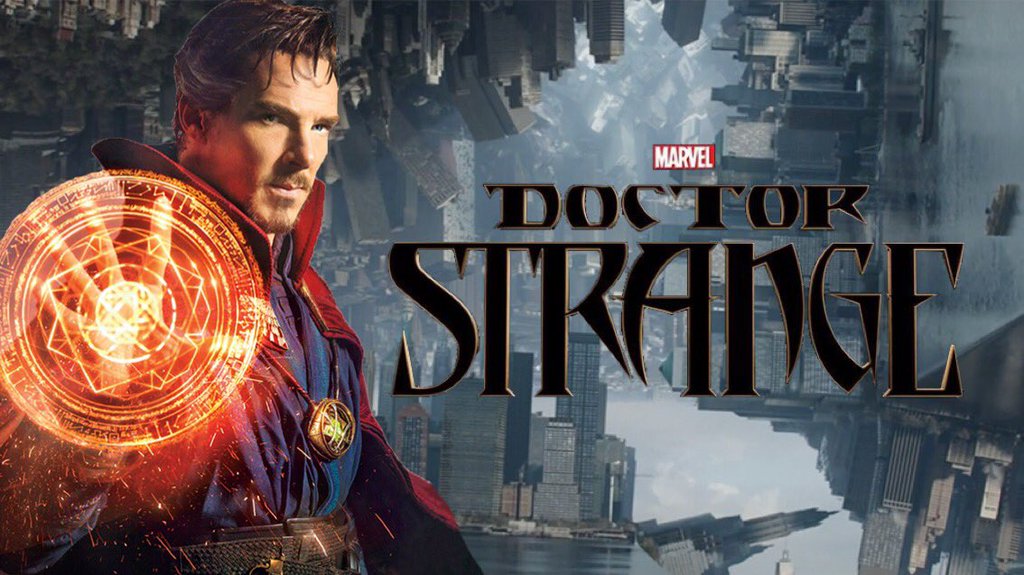 The truth of the matter is, that we are in the cinematic superhero boom, whether we are at the faltering end or in the peak of this movement, it remains to be seen and can only been concluded with hindsight. For every bad superhero film that comes out, at least one critic proclaims the end of the superhero film. The desire of superhero films has never been such a conversed topic till now. With critical failures such as Batman vs Superman, Suicide Squad and even Avengers 2: Age of Ultron, you can either go one way or another; push towards another genre of film, such as the space opera (i.e Star Wars, Guardian of the Galaxy, Interstellar and Gravity.) or one could try and refresh the genre. Doctor Strange doesn’t just try to refresh the genre, it twists, turns, manipulates the fabric of the movement that eases a comparison to Christopher Nolan’s Inception.

Now I won’t be the only person to make that comparison, but if we look at Hollywood contemporary cinema, In 2010, Inception represented a fresh and galvanising presentation that combined a contemporary cinema product to a more ‘art cinema style’. Now I say that with gritted teeth because an art cinema style means nothing really. Inception invites the viewer to bend their  minds to facilitate an intimate relationship between viewer and style. The viewer is ushered into the film’s psyche because of the pure manipulation of the setting and the world we are invited to. This transitions perfect into Marvel’s new offering of Doctor Strange.

Doctor Steven Strange, played by Benedict Cumberbatch, plays a surgeon that suffers a near fatal car crash and loses the ability of his hands. He makes use of his medical nepotism to try every possibility. Once science fails him, he moves into the realm of spirituality to heal his wounds. Strange travels to Nepal to learn how to conjure spells to heal his body but in turn becomes a favoured student and is pushed to become a protector of the Earth to battle against other dimensional beings. Now in the vagueness of that description, that could of been any superhero origin story. The point of this film is not entirely the story, the substance is overwhelmed by its vibrant style.

Now I have tried for the past 12 hours to describe this film’s style, a word that perfectly encapsulates the film but with academic integrity. But I failed, so this film is full of ‘head-fuckery’. As I sat there in the cinema surrounded by an IMAX screen with my 3D glasses, my eyes took a journey for what can be described as a vibrant LSD trip. Sequences of this film, flips and twist cities likes a 5 year old with a play-dough set. The spectacle of the CGI is one that can be commended because this film was full of wondrous enjoyment that at times was hard to follow but it was a perfect relationship with the psyche of the film. The crossing of the multi-dimensions in the film stresses that it would effect the laws of nature and the film demonstrates this by destroying the laws visually. The buildings flip and turn and the fight sequences are immense and takes time to fully process, as the scenes are so fast, your synapses doesn’t have time to process the information to the brain.

Now putting Doctor Strange in the context of the superhero era of cinema, it was crucial to have this sort of film that begs the audience to watch it in the cinema. IMAX screens really do increase that immersion that Doctor Strange really requires. The special effects are worthy of an Oscar mention, its spellbinding, Chinese puzzles that could turn off for some viewers. However it at times, looks like a 2 hour GIF, some scenes were so fast and furious that it was difficult to follow the action. Now this style will attract new audiences but it can be difficult for some viewers to watch such a fast paced style. Doctor Strange allows a new and fresh take on the superhero genre. Marvel is trying to give fresh visions of a now stale genre. Doctor Strange is vibrant and galvanising in what is a funny, action filled and LSD trip of a film.